Does destroying and killing humanity need all these destructive dangerous deadly weapons?

Haven’t heard that some strange creatures are planning to attack and invade planet earth some time in the future and so we must be prepared!

Or maybe we are those strange creatures! I believe we are…human beings are the real devils on this planet! what do you know about devils any way?

Human beings are really dangerous to the point that some countries and governments are working all the time on developing the deadly weapons they possess.

Guess it’s an issue of who dominates and rule the world?! And what is the most threatening warning there? It’s the threatening of ending lives, by killing of course. And this killing must be horrible not just an ordinary killing and may that be a lesson to you!

Not every invention is created with the best of intentions, and not every new technological development is a welcome one. Even creations designed innocently can have the potential to devastate humanity. Some destructive inventions damage the environment, while others threaten the health and life of both humans and animals. It’s a scary fact that some individuals, groups of people, and entire militaries will try to harness the annihilative power of inventions to destroy their enemies and use for their own “good.” While the inventors of these creations may not have intended them to be deadly, unfortunately, these are some of the most lethal creations in all of history.

Was invented during World War II in the famous Manhattan Project led by scientist Robert Oppenheimer.
It was first tested on July 16, 1945 in Los Alamos, New Mexico.
The blast was so bright, a blind girl 120 miles away claimed to see it, and it caused a mushroom cloud of radioactive vapor to hover at 30,000 feet.
This ushered in the Atomic Age, and led to the bombings of Hiroshima and Nagasaki a month later, killing 66,000 and 39,000 respectively.
The nuclear fallout of the blasts led to radiation poisoning, illness, disease, and leukemia in many survivors. The atomic bomb has only been used these two times, so far at least. Hopefully the world will keep it that way. 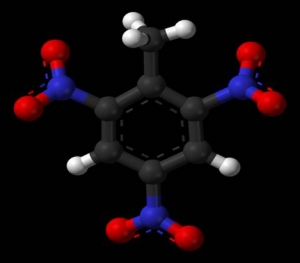 Trinitrotoluene, also known as TNT, is an explosive chemical compound that was first synthesized in 1863 by German physicist Joseph Wilbrand.

His intention was to use the compound as a yellow dye, as its explosive properties were not discovered until 1902, when the German army filled their artillery shells with it.

Still widely used by the U.S. military and construction companies all over the world, TNT is poisonous, and skin contact can cause the skin to turn bright orange.

“Off with her head!” The Guillotine was invented in 1791 by a group led by Joseph-Ignace Guillotin, a Parisian anatomy professor.

This execution device used a lunette to immobilize a victim’s neck and a crescent blade to chop off the head.
It was thought to be a humane method of execution, but led to more violence, including France’s “Reign of Terror” from 1793 to 1794 when as many as 40,000 were executed by the Guillotine.

It continued to be used as a method of public execution until 1977, and was retired as France’s main form of execution in 1981 when France abolished the death penalty.

Mecixan General Manuel Mondragon invented the world’s first automatic rifle in 1887, beginning a period of invention of ever-improving semi-automatic and automatic weaponry.
Some of its descendants are the AK-47, the M16A1, and the M-14. These rifles are more dangerous than others because they are self-loading and capable of delivering both semi- and fully-automatic weapon fire.
Although at one time just used by the military, automatic rifles are now all too common among international gangs.
The automatic rifle has unfortunately become glamorized in cinema, television and other media as well. 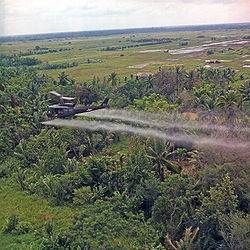 Agent Orange was originally intended by its inventor Arthur Galston to be a chemical growth hormone fertilizer that would increase the growth rate of soybeans when sprayed on them from the air.
In high concentrations, however, Galston discovered it could become a herbicide.
The army later took his invention and used it during the Vietnam War to kill and injure 400,000 people and cause another 500,000 to be born with birth defects. It was used to destructive effect by the U.S. military through the late 1970s.

Scientist Thomas Midgley discovered the CFC Freon while working for General Motors in 1930.
He intended it to be a safe non-toxic refrigerant to be used in household appliances. CFCs replaced toxic or explosive substances previously used as refrigerants in heat pumps and refrigerators.
However, Midgley’s discovery resulted in damage to the earth’s Ozone layer. Because of his discovery, Midgely is called the man who “had more impact on the atmosphere than any other single organism in Earth’s history.”
Freon is still used in air conditioners and refrigerators today.
Apparently humanity would rather be cool now than worry about the health and well-being of their great-grandchildren. 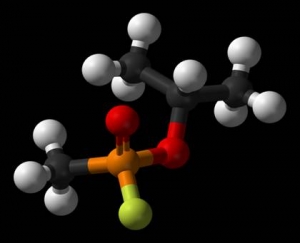 In 1938, German chemist Dr. Gerhard Schrader was working on creating insecticides and helping the plight of the hungry all over the world when he accidentally discovered the nerve gas Sarin.
This toxic substance is now classified as a Weapon of Mass Destruction by the United Nations.
When used as a weapon, Sarin attacks the nervous system, initially causing just a runny nose, tightness in the chest and constriction of the pupils. Soon, however, the Sarin victim has trouble breathing, becomes nauseous, and starts drooling. The victim continues to lose control of all bodily functions, then begins having twitching and jerking, followed by convulsive spasms and coma.
Death will usually finally occur after all this suffering if antidotes are not administered quickly.

Invented as a simple pesticide, DDT (also known by its chemical name Dichloro Diphenyl Trichloroethane) was first synthesized in 1874. Its properties as a pesticide were not discovered until 1939, from which time it was used all over the world to control and wipe out insect populations.
It was discovered, however, that all of this DDT had a detrimental environmental effect, harming wildlife and causing cancer in humans. The United States banned the use of DDT in 1972, and some say that’s why the bald eagle has made a comeback from near-extinction.
However, it is still used in India and North Korea.

The first recorded use of explosive land mines was in 1277 AD in China.
Land mines are explosives which are triggered by contact, and can damage both soldiers and civilians. For this reason they are now called indiscriminate weapons.

The problem is that many land mines are still buried underground, with removal difficult since exact locations are not know. Many innocents have been maimed and killed as a result of unremoved land mines.
A ban on the use of land mines was singed by 158 countries in 2007, but 37 countries, including the United States, Russia, China and India have not yet signed it. 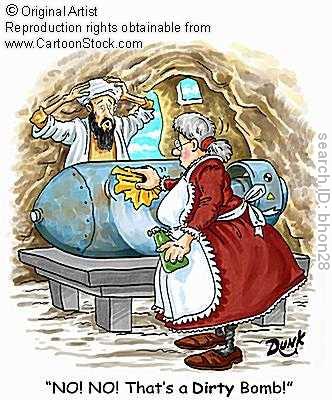 A dirty bomb is a weapon that combines radioactive material with explosives.
Because they do not cause immediate death, dirty bombs are not classified as Weapons of Mass Destruction.
However, radiation exposure from a dirty bomb can cause severe illness or death.
Dirty bombs are therefore classified as psychological weapons designed to create panic and terror.
Although no dirty bombs have actually been used, unexploded ones have been developed, and there is a fear of terrorists getting their hands on dirty bombs.

It is difficult to say the exact impact a dirty bomb would have, since one has never been exploded, but most likely it would be devastating both economically and psychologically.