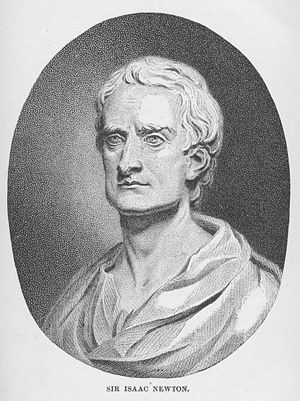 No one can deny the Progress of  Modern Science, Technology, Inventions and the every day birth of all the Genius Inventors across the World nowadays. But in the middle of all that, it is not really fair that we forget The Great Scientists of  our world history, who established the pillars of our modern Science and Technology.

We just enjoy living and using the technology  every day of our life without even thinking for one moment about who credited what we do enjoy today?! Is that fair?! No it’s not…

How can we honor those Great Scientists?

The greatest in this area are not only Eleven, they are many, but we are writing here about those great 11 scientists as for example and not limitation.

The Great philosopher who had a vast knowledge in different disciplines. He contributed in physics, poetry, zoology, logic, rhetoric, politics, government, ethics, and biology. This laurel Greek philosopher was born in Stagira in 384 BC. His father Nicomachus was a physician to the king Amyntas III of Macedon’s court.

Earlier in his life he was taught by his father at home and the medical knowledge he got from his father led him to investigate natural phenomenon later on. At the age of 18 he admitted in to the young Greek aristocracy run by Plato, another Great Greek philosopher, and Aristotle became the most favorite student of Plato.

As a scientist Aristotle made a good contribution which was very influential for the development of the science over the years. Mainly he spent most of his life researching the natural science and he did the researches without making reference to the Mathematics which was later proven as the weakness of his research by the scientists. His natural science oriented research includes botany, zoology, physics, astronomy, chemistry, and meteorology, geometry and many more.

He was also the teacher of the Great warrior Alexander the Great. This great philosopher died n 322 BC.

He was physicist, mathematician, astronomer, alchemist, and a natural philosopher. His contribution in the development of science is a special one.

He was best known for his explanation of Universal Gravitation and three laws of motion, and he was able to prove that the reason of both the motion of objects on Earth and of celestial bodies are controlled by the same Neutral laws. These findings could make a revolutionary change in the development of science. In mechanical science his great contribution was in optics. He could make a reflecting telescope. He also made some research on light and stars.

His research on General binomial Theorem helped to be introduced today’s Calculus.

Newton was born to a farmer family but before three months of his birth his father died and then he was brought up to his maternal grandmother as his mother remarried. Newton could show his talent from his early life in The King’s School in Grantham and later he joined to the Cambridge University where he took his higher degrees.

Galileo is considered as one of the greatest contributor to the development of Science. It is undoubtedly true that Galileo could first helped science to come out of the trend of Aristotle.

He was physicist, astronomer, and philosopher and his best known contributions lie in the development of Telescope, first two laws of motion and also in Astronomy. He is also considered as the father of astronomy, father of physics and father of science.

He was born to a mathematician and musician father Vincenzo Galilei and his mother was Giulia Ammannati in Italy. He was taught form his very early life. He was the first scientist who followed the way of quantitative experiments in his research where the result was based on mathematics. He had to suffer a lot from the church for his theories.

There can be debate about whether Charles Darwin (12 February 1809 – 19 April 1882) is the greatest scientist of all time but there is no doubt that he is the most controversial scientist of all time. On the Origin of Species by Means of Natural Selection (1859)- this is the book that has made Darwin immortal in the world history. This book has changed the course of science radically. It is perhaps an irony that Darwin studied theology and instead of becoming a clergy, he became naturalist.

Darwin went to different parts of the world and carried out extensive research. His theory about origin of human beings caused widespread controversy. Darwin stated that human beings have evolved through many changes and survival of the fittest was in important factor in the development of animal world. Darwin’s theory still causes passionate debate among his supporters and opponents.

Einstein is the great scientist of the twentieth century and notable physicist of all time. He had learning disability in his childhood. He could not talk till he was three and could not read till he was eight.

Despite such problems he later became the noble prize winner for his contribution to the Physics. His theory of relativity is considered as a revolutionary development of Physics. He got Noble Prize in Physics in 1921 for his explanation of the Photoelectric Effect and for his research in Theoretical physics.

Edison is the great inventor who has over 1000 patents. His inventions are in various fields used in our daily life.

In his early life he was thought to have a learning disability and he could not read till he was twelve and later he himself admitted that he became deaf after pulling up to a train car by his ears. He first could able to turn the attention of the world after inventing Phonograph. His one of the most popular invention is the Electric Bulb. He also developed the telegraph system. His invention of carbon telephone transmitter developed the carbon microphone which was used in the telephoned till 1980.

He also became a prominent businessman and his business institution produced his inventions and marketed the products to the general people.

Volta was Italian physicist and he is best known for his contribution to the development of electric battery. This benevolent scientist is also regarded as one of the founder of the electric age.

His parents sent him to the Jesuit school intending to make him a Jurist. He also taught in the University of Pavia for 25 year. In 1800 he could make voltaic pile which could produce steady electric current. He then worked on to develop the electric bulb. For his work in the electric development he was given a count by Napoleon. Emperor of Austria honored him naming him a professor of Philosophy at Padova.

For his honor an electric unit Volt was named after him.

This famous scientist is considered as the greatest scientist of the twentieth century after Einstein. Hawking’s big bang theory and black hole theory has turned the attention of the world.

He is the professor of Mathematics of the University of Cambridge. He is teaching through a computer supported machine by which his world are compiled. His physical illness could not make him stop from his research. His famous book is “A Brief History of Time”.

He is one of the most famous contributors in the medical science. He first introduced the germ theory of diseases. This is regarded as the base of today’s microbiology. He found out some of the notion of the microbe and he could find out that the viruses were not detectable through microscope. Another important contribution of Pasteur is to protect harmful microbes in a way called “Pasteurization” where harmful microbes are destroyed by heating the food. He is undoubtedly the most influential scientist in medical science.

He was the first renowned Bengali scientist who had an important contribution in the invention of Radio and microwave optics.

He was born in Mymensingh in Bengal which is the current Munshiganj District in Bangladesh. He studied in Hare school in Kolkata and then he got his B.A. in Science degree from Calcutta University. He went to England and got a B.A. degree from Cambridge University and a B.Sc. from London University. After coming back to the country he started teaching Physics in the Presidency College at Kolkata.

In his teaching career he had to prove his quality and talent as he was the first Indian to teach Science at the college. In 1894 he started to research on Radio wave to make wireless communication equipments. At the same time Italy’s Marconi also was researching on this project.

He first invented “iron-mercury-iron coherer with telephone detector” and he is the first person to use a semiconductor junction to catch the radio waves. It is said that his work on millimeter wavelength made him 50 years ahead. Considering such things it is said that he was the real inventor of Radio but due to his less seriousness towards patent and the communication gap made Marconi to be regarded as the inventor of Radio.

He contributed in plant where he could make some vital theory of ascent of sap. In this research he showed that some living cells in the endodermis junction are the reason for the ascent of sap.

Marconi is a Nobel laureate physicist from Italy. He is best known for his invention of Radio and he first introduced wireless telegraph system.

He was born to a landowner father Giuseppe Marconi and his mother was Annie Jameson. He was very interested to science form his early life. He initially started working on electromagnetic wave or radio waves invented by Heinrich Hertz. He could figured out such a technology to communicate without wire. After his invention, he marketed this equipment for the commercial purpose and at that time he got a competitor free market in the U.S.

7 thoughts on “11 Great Scientists of the World”