A start-up music gear company from Missouri says the launch of their first product will begin a transformation for the music industry that is akin to the switch from landlines to smartphones. 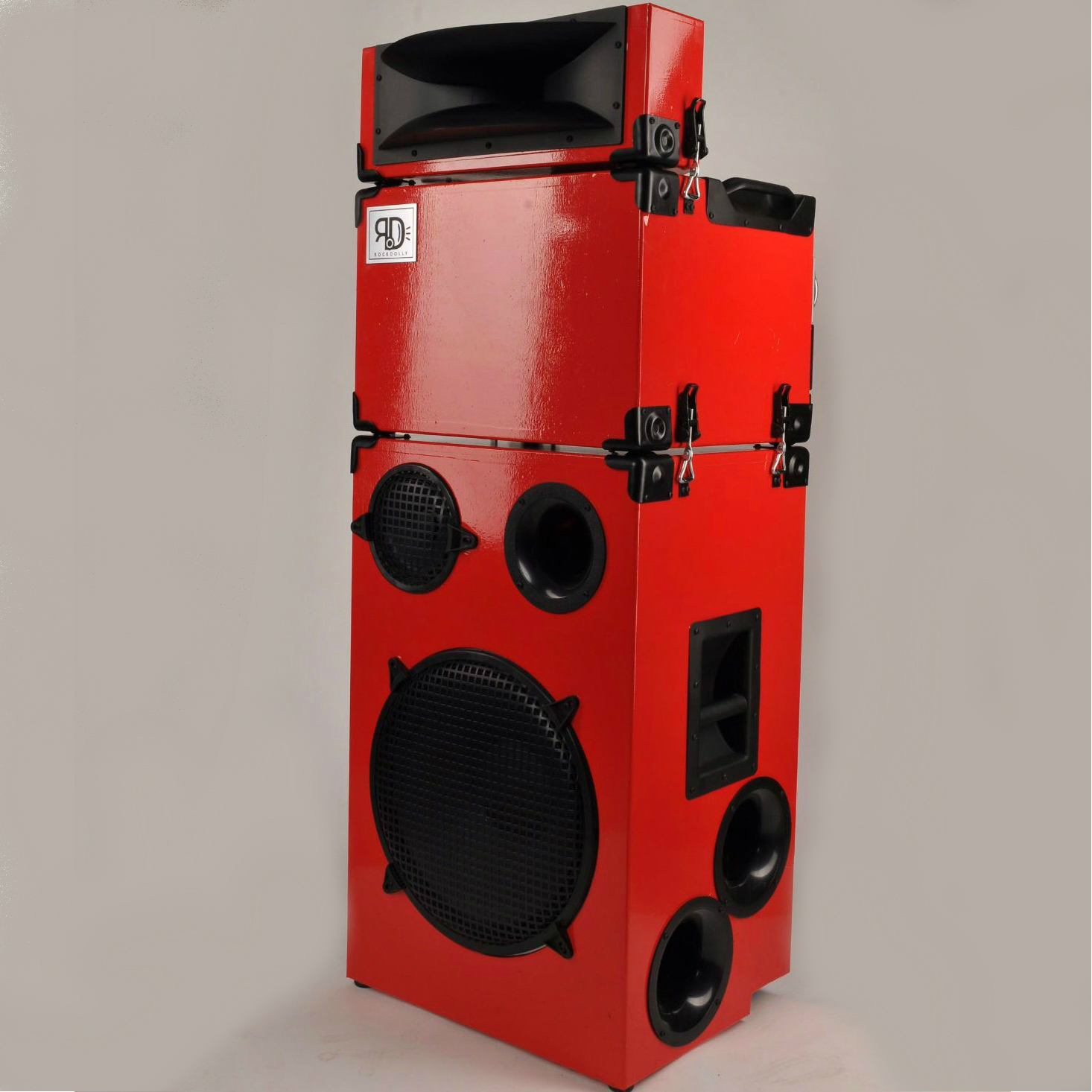 Their big aspirations include manufacturing not just their all-in-one wireless speaker systems for bands and DJs, but also a host of unique instruments that have integrated wireless connectivity.

Their all-in-one solution for musicians is the RockDolly. The RockDolly acts as the guitar amplifier, bass amplifier, pa-system, wireless mic and instrument hub, and mixer for live music production. As the name suggests, all of this equipment is arranged neatly in brightly colored boxes and has recessed casters and handles much like a dolly or hand cart.

Cameron Eaton, the inventor and designer behind RockDolly Equipment, says he has other inventions in the fields of energy and transportation that can not yet be discussed. Right now he is devoting most of his efforts to launching the RockDolly. He thinks that he can leverage this commercially popular product, and the revenue from it, into a research and development company that can pursue the other projects. Right now, that means all efforts are going towards this musical endeavor.

He says that his company isn’t just looking into wireless guitars and basses though. They have plans to build wireless chime drums, theremins, even a never before conceived electric hurdy-gurdy. His vision for the company involves what some consider to be a re-invention of the wheel, drawing criticism from competitors who say that no revolution is necessary. Right now, the company is far from those lofty goals. Their first product launch is expected next month through a Kickstarter campaign where they will unveil their latest design and plan to sell a limited number of units.

When asked about the relatively low number of units (200) available for a product launch, Eaton said that his small team of carpenters and circuit-builders can only handle so many orders each month, and will need time to scale up. He wants to manufacture all of the RockDolly units and instruments in the United States, a tricky proposal, even while the climate is starting to lean towards American manufacturing.

Eaton patented his design and believes his company can raise enough capital in their Kickstarter launch to both scale up manufacturing, and begin hiring the engineers he says he needs to bring the company to the next level. Will the company attain their goal of “music industry revolution”? Until we see how well their Kickstarter performs, your guess is as good as ours. More information at www.rockdollyequipment.com