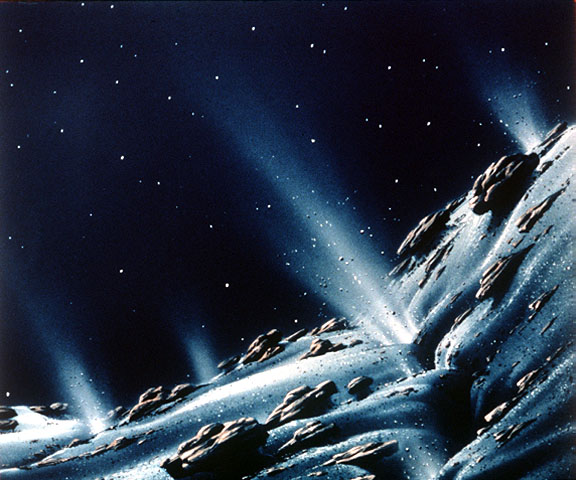 Not too long ago, many people thought that comets were a sign that something terrible was about to happen. People didn’t understand about how objects in the sky moved, so the sight of a comet must have been very scary.Now we know that comets are small, irregularly shaped and icy bodies composed of a mixture of non-volatile materials and frozen gases. They have highly elliptical orbits that bring them very close to the Sun and swing them far into space, often beyond the orbit of Pluto. Comets are usually easier to spot when they approach the Sun. This is because as they are near towards Sun, the icy materials melt, forming the  comet’s tail. These tails can sometimes be millions of miles long. 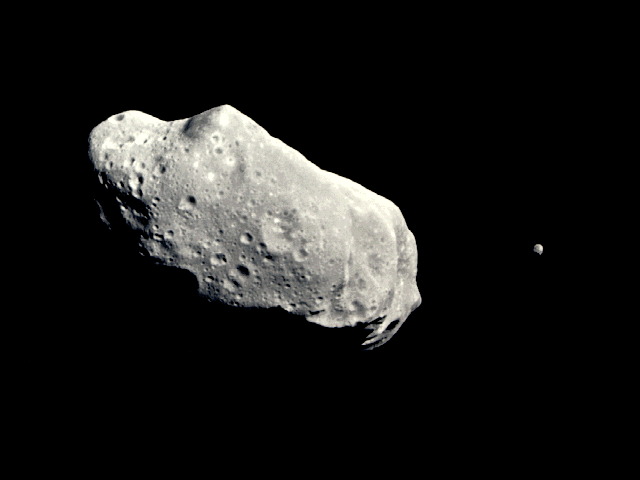 Asteroids are rocky and metallic objects that orbit the Sun but are too small to be considered planets. They are known as minor planets. The size could vary from the largest (Ceres) with 933 km in diameter down to the size of a stone. Asteroids can be found in a large region of space anywhere from within the Earth’s orbit to beyond Saturn’s orbit. However, most could be found at the so-called Main Asteroid Belt, situated at a region between Mars and Jupiter orbits. Some have orbits that cross Earth’s path and some have even hit the Earth in times past.