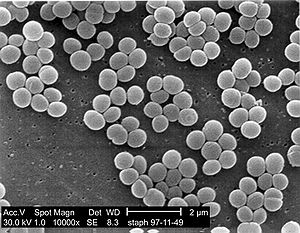 Bacteria is everywhere around us, it is a member of microorganisms. the surprising thing is that the number of helpful bacteria is greater than the harmful bacteria.
It is true that bacteria are responsible for a large number of human diseases, but it also benefit people a lot.
1- They make it possible for certain elements such as carbon, nitrogen – bacteria are the only living things which can fix nitrogen- and oxygen to be returned to the atmosphere.
2- Bacteria decompose waste and dead organisms, so freeing their atoms to be re-used by other living things.
3- Cows and other animals keep bacteria in their stomachs, as only bacteria can break down the tough cell walls of plants.
4- People use bacteria to manufacture vinegar, cheese and yogurt.
5- They are used to manufacture proteins.
6- Friendly Bacteria they fight bad bacteria in our body and keep our intestinal tracts in balance. These friendly bacteria—which are often known as probiotics when in supplement form—have a number of health benefits.
7- Some species of friendly bacteria eliminate potentially cancer-causing substances before they “turn” cancer-causing.
8- Some strains have the ability to alter enzymes that turn a potentially carcinogenic agent into a carcinogenic agent.
9- Some strains have the ability to suppress some tumor activity.