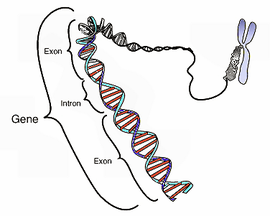 Bert Vogelstein and his colleagues of Johns Hopkins University School of Medicine have searched in medical files of 53666 twin pairs from all around the world, in order to prove that the medical history of one twin will help in knowing the medical complications of the other twin. But they did not reach the expected data, as they failed to determine the desired results.

The new findings, published in the journal Science Translational Medicine and based on data from thousands of twins in five countries, suggest that the technique’s potential as a predictor of health conditions may be overrated.

One of the study’s findings was that for 23 of 24 diseases analyzed, most patients would get negative test results, suggesting that the risk of getting the diseases is low. In reality, the study says, the risk would be only slightly lower than that of the general population — which could be significant. Patients who have had their gene sequences mapped could be lulled into a false sense of security.

Sequencing a person’s genome can be extremely useful for assessing the risk of rare diseases triggered by a single faulty gene, such as the brain disorder known as Huntington’s disease.

With more common and complex ailments affected by many genes and the interactions between them, however, the picture gets more complicated. For example, the study suggests that whole genome tests are not especially helpful in predicting cancer in most people who do not have a strong family history of the disease.

One of the diseases the researchers studied was ovarian cancer. Vogelstein notes that of the 156 million or so women in the U.S., about 2.2 million are expected to get ovarian cancer at some point in their lives.