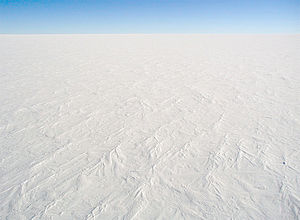 Ice Age 5 will be in cinemas on 2016, after the great success of the Ice Age series on the years 2002, 2006, 2009 and 2012. The story of the films are around a group of mammals surviving one of the Ice Ages in the Paleolithic Ice Age, this group is composed in the first film from a mammoth, a sloth and a tiger and other characters joins on the following films.

The Ice Age is the very long period that lasted from about 30 million to 300 million years when the earth was mostly covered with ice sheets. Earth has been exposed to several Ice Ages divided to sub Ice Ages called glacials, the Ice Ages were in cycles along with warmer ages as the ice sheets would melt. About 11 thousand years ago the three factors lead to a warmer period and the ice melted.

No one can be sure why Ice Ages happens, but scientists suggested that an Ice Age could happen when several factors are combined as: The ratio of carbon dioxide and methane. The second factor is the change of the Earth orbit around the sun. The third factor is when the continents are close to each other which leads to preventing the flow of warm water and the variation of ocean currents. These factors would lead to a very cold winter that allows the ice accumulate, then the short and not hot summer is not enough to melt the ice, years after years and centuries after centuries the ice would get sicker and stronger.

Did you find this post interesting? Scroll further down to find other interesting facts.