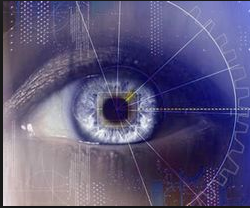 A Bionic Eye For The Blind – Israeli Invention

Israeli Scientists have developed a technology that allows blind people to see with the help of a bionic lens contact.

The new technology, developed by a team from the Bar-llan University, has yet to receive the approval of clinical trials, but its feasibility is currently being tested using a model simulating the bionic lens.

The technology consists of a small camera that received visual information from the environment and transmits signals to a bionic lens contact. the lens passes the signals via the electrodes to the cornea and from there to the sensory brain areas, generating a stimulus that simulates the visual information.

Professor Zeev Zalevsky, head of electrical engineering and nano-photonics at Bar-llan University and leader of research team said:”This technology is a god news for humanity, especially to give sight to the blind without surgery or damage to other vital organs or sense”.

A young Indian inventor is trying to develop a unique smartphone, for the blind which are about 20 million in India.

Read his messages, reply, listen to music or just surf the web with your smartphone. Many daily actions that you now seem completely banal, but who are not blind. While many applications allow them to use smartphones, but none of these smart phones is really adapted to their disability.

Not for long: a young inventor Indian Sumit Dagar, has devised a smartphone accessible to blind, has a touch screen that can read Braille, tactile writing system used by the blind people can be read on the website of Indian Times. Better, the same prototype give the opportunity to guess the fingertips of photos or maps.

An introductory price estimated at $ 185

In terms of technology,  Short development, this smartphone could hit the market by the end of 2013, with an introductory price estimated at 185 dollars (142 euros), according to several specialized sites.

7 thoughts on “Modern Inventions For Blind”