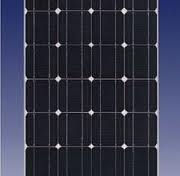 The new efficient broadband nanoplasmonic solar cells was produced by the researchers of Melbourne’s Swinburne University of Technology and Suntech Power Holdings. The new solar cells are made from thinner silicon base and they overcome the lost effectiveness from the thinner silicon by embedding gold and silver nanoparticles bumps into the cells. The bumps caused from the gold and silver nanoparticles helps in increasing the wavelength range of the light, which increase the number of photons converted to electrons.

The team at Swinburne’s Victoria-Suntech Advanced Solar Facility (VSASF) had already been embedding conventional gold and silver nanoparticles into thin-film cells produced by Suntech. These highly-reflective particles increased the wavelength of absorbed sunlight, thus improving the rate at which its photons were converted into electrons.

The uneven surfaces of the bumpy nanoparticles, however, scatter the light even farther into a broadband wavelength range. This reportedly results in even greater absorption, thus improving the cells’ overall efficiency. The scientists hope to get the efficiency up to at least 10 percent by the middle of this year, and ultimately want to “develop solar cells that are twice as efficient and run at half the cost of those currently available.”

The embedding process is apparently quite simple and inexpensive, so it could easily be added to the existing production process. Suntech plans on mass-producing the improved solar cells, and expects them to be commercially available by 2017.