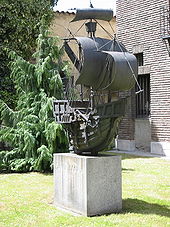 The Italian navigator, explorer and colonizer Christopher Columbus (1451-1506) made four voyages for the Spanish king to the new world America. Christopher Columbus, wanting to prove that the world is round asked for ships and suppliers from the King Ferdinand and Queen Isabella in the year 1492. He reached Caribbean Islands but he was certain that he made a complete turn over the earth and that he reached India.

The Portuguese explorer Vasco da Gama (1469-1524) made his first trip from Portugal to explore the way around Africa and reached India in the year 1497. The Arab Navigator Ahmad ibn Majid (1421-1500) was accompanying Vasco da Gamma in his trip.

The Italian navigator John Cabot (1450-1499) was the first to cross the Atlantic in the year 1497. He was the first to land on Newfoundland in North America continent, in a trip sponsored by Henry VII King of England. John Cabot was convinced that he reached the northeast of Asia.

The Italian Navigator and explorer Amerigo Vespucci (1454-1512) whom supposed to give America its name. He explored the east coast of South America in the year 1499.

The French navigator Jacques Cartier (1491-1557) was the first to explore Canada and St. Lawrence river in the year 1519. Later in other two voyages, he explored across the river. Jacques Cartier can be called the founder of French Canada. 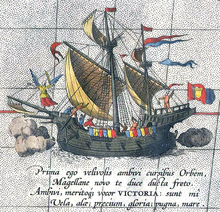 The Portuguese explorer Ferdinand Magellan (1480-1521) made his first trip serving the Spanish King to Indonesia “spice lands” and Philippines in the year 1519, by the year 1922 the expedition that Magellan was leading reached  Argentina, but Magellan was not able to finish his historic voyage as it was the first voyage that finished the trip around the earth.

The Spanish colonizer Francisco Pizarro (1476-1541) was the first to discover and explore Panama and Peru in the year 1528.

The British navigator and explorer James Cook (1728-1779) was the first to explore south. As he explored and reached Southeast of Australia and New Zealand in the year 1769. His second trip he was aiming to reach the south pole continent, he did not reach the land due to the ice. In his third trip he reached Hawaii in the year 1778. James Cook explored all the area between New Zealand and Hawaii as a commander in the British navy.