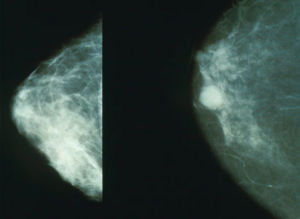 Scientists have come to truth that the women who has lack of vitamin D is more susceptible to breast cancer.  That is what a French study has reached, they have a theory that vitamin D has anti-cancer properties that influence cell growth.

It means that you can prevent breast cancer by taking higher amounts of vitamin D through your diet and supplements, along with exposing to sunshine regularly. You find vitamin D in the following food fatty fish (tuna, salamon, mackrel and fish liver oil), mushroom, egg yolks, beef liver, milk, cheese, yoghurt and cereal grains. Exposing to sun for 10 to 30 minutes will enable your skin cells to manufacture vitamin D.

The University of  Nottingham has reached a new method to bring cancer cells back under control by reactivating the cancer suppressor genes. The scientists successfully shrunk tumors in mice, using only one-third the amount of conventional cisplatin needed to achieve the same effect.  The nanoparticles worked on cancer cells in the labs, now the researchers are hoping to move on the human test.

The University of Michigan Comprehensive Cancer Center have identified a potential new way of attacking breast cancer stem cells, the small number of cells in a tumor that fuel its growth and spread.