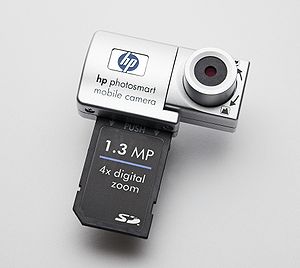 Camera that helps you take the best picture

The new camera is called Nadia, that has an engine used to analyze the artistic quality of a potential shot, including diagonal positions, color contrasts and background. The camera was designed by German designer Andrew Kupresanin.The display found on the back of the device does not show the image after the shot, instead it shows the percentage value that indicates the quality of a picture that the user is about to take.

The number changes with the change in the position of the camera. A perfect picture can be taken when the display shows 100%. Currently Nadia is just a concept.

A student in the Harvard-MIT Health Sciences and Technology program who is called Poh, is working on extending ordinary low-resolution webcam imagery to measure respiration and blood-oxygen levels. The system is said to measure slight variations in brightness produced by the flow of blood through blood vessels in the face. Poh is working to get blood pressure and blood-oxygen measurements from the same video images.

The diminutive camcorder shoots 25 frames per second. The Camball has a built-in mic and MP3 player and motion detection. Its battery should last about 2.5 hours on a charge. And the camera is also waterproof.

A device that mixes binoculars and digicam

A Japanese company that is  specialized in the creation of various gadgets for daily life, called Thanko, announced about its latest invention, an interesting device called UDGZDC8M. It smartly combines a digital camera and binoculars.

The UDGZDC8M has a 4x digital zoom for the camera and 8x zoom for the binoculars. It is possible to expand the memory by 16 GB.

What makes this camera different is that it has a conversation piece that is the solar cell on the backside of the three-inch LCD display.