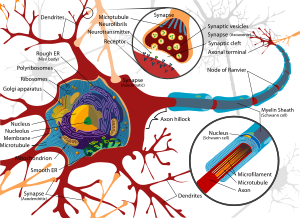 The University of North Carolina at Chapel Hill has announced that the researchers have discovered a new molecule that can resist the death of brain cells,  by discovering a new micro RNA that is capable of stopping neuronal death.

This molecule, a tiny strand of nucleotides called microRNA-29 or miR-29, has already been shown to be in short supply in certain neurodegenerative illnesses such as Alzheimer’s disease and Huntington’s disease.