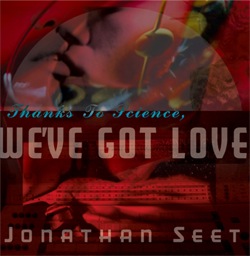 With all my respect and appreciation to Scientists, Explorers and Inventors all over the world, I do not believe that there is someone out there on the face of this earth who has the Ability of  the Creator in relation to Human Creation.

In the sense that it is impossible for any human being to reach the creation or the invention of Feelings.

If you are a believer in God’s existence, you will then discover that the human being is the greatest creation of God.
If you are a non-believer, I am sure that you have thoughts and points of view and we do respect all kinds of views.

Your faith or lack of faith is your own subject  and yours alone, you are free to think what you think and believe.

Human beings are born with different feelings. No one can touch or hold his feelings with his own hands.

The Greatness and Wonders of Feelings is that they are Moral and not Materialistic; Sensual and not Concrete.
Meantime, you feel different feelings through members inside your body in the form of Automated signals.
Such references are not controlled by humans through some Pushing Buttons, but it is the Interactions occurring within the body due to a sense of feelings which comes out like, love, hate, anger or sadness … etc.

I’m not a Scientist, I’m just a thinker and this is what I think about the Love Feeling: 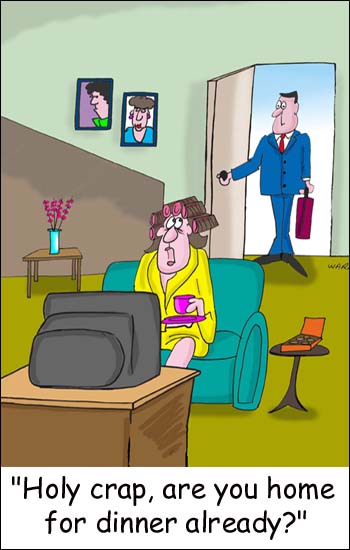 Each stage might be driven by different Hormones and Chemicals.

This is the first stage of love and is driven by the Sex Hormones Testosterone and Oestrogen – in both Men and Women.

This is the amazing time when you are truly love-struck and can think of little else. Scientists think that three main Neurotransmitters are involved in this stage; Adrenaline, Dopamine and Serotonin.

The initial stages of falling for someone activates your stress response, increasing your blood levels of Adrenalin and Cortisol. This has the charming effect that when you unexpectedly bump into your new love, you start to sweat, your heart races and your mouth goes dry.

Some newly “love struck” had their brains examined and scientists discovered they have high levels of the Neurotransmitter dopamine. This chemical stimulates ‘desire and reward’ by triggering an intense rush of pleasure. It has the same effect on the brain as taking Cocaine!
(this is a great opportunity to call for an invitation to all the people who are addicted to all kinds of drugs. Hey people, get addicted to LOVE, cause falling in love with women can drive you crazy alright, but it won’t kill you)

And finally, Serotonin. One of love’s most important chemicals that may explain why when you’re falling in love, your new lover keeps popping into your thoughts.
Does love change the way you think?
Some researches showed that early love (the attraction phase) really changes the way you think.

Dr Donatella Marazziti, a psychiatrist at the University of Pisa advertised for twenty couples who’d been madly in love for less than six months. She wanted to see if the Brain Mechanisms that cause you to constantly think about your lover, were related to the brain mechanisms of Obsessive-Compulsive Disorder.
By analysing blood samples from the lovers, Dr Marazitti discovered that Serotonin levels of new lovers were equivalent to the low Serotonin levels of Obsessive-Compulsive Disorder patients.
Love needs to be blind
Newly Smitten lovers often idealise their partner, magnifying their virtues and explaining away their flaws says Ellen Berscheid, a leading researcher on the Psychology of Love.
New couples also exalt the relationship itself. “It’s very common to think they have a relationship that’s closer and more special than anyone else’s”. Psychologists think we need this rose-tinted view. It makes us want to stay together to enter the next stage of love – Attachment.

Is the bond that keeps couples together long enough for them to have and raise children. Scientists think there might be two major hormones involved in this feeling of attachment; Oxytocin and Vasopressin.

Oxytocin is a powerful hormone released by men and women during orgasm.
It probably deepens the feelings of attachment and makes couples feel much closer to one another after they have had sex.
The theory goes that the more sex a couple has, the deeper their bond becomes.
Oxytocin also seems to help cement the strong bond between mum and baby and is released during childbirth. It is also responsible for a mum’s breast automatically releasing milk at the mere sight or sound of her young baby.
Diane Witt, assistant professor of psychology from New York has showed that if you block the natural release of oxytocin in sheep and rats, they reject their own young.
Conversely, injecting Oxytocin into female rats who’ve never had sex, caused them to fawn over another female’s young, nuzzling the pups and protecting them as if they were their own.

Vasopressin is another important hormone in the long-term commitment stage and is released after sex.
Vasopressin (also called Anti-Diuretic Hormone) works with your kidneys to control thirst. Its potential role in long-term relationships was discovered when scientists looked at the prairie vole.
Prairie voles indulge in far more sex than is strictly necessary for the purposes of Reproduction. They also – like humans – form fairly stable pair-bonds.
When male prairie voles were given a drug that suppresses the effect of Vasopressin, the bond with their partner deteriorated immediately as they lost their devotion and failed to protect their partner from new suitors.
I Wish all of you to fall in love with the right person and enjoy the lovely nature plan; If otherwise, then consider your self, a Victim of Nature’s Lovely Plan.