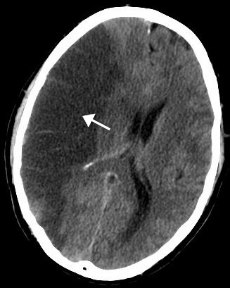 Hippocrates the most famous Greek physician (460 BC – 370 BC) was the first to discover the stroke and he gave it the Greek name “Apoplexy” which means struck down with violence which was later stroke.

There are three types of stokes, the first type and the most common is the ischemic stroke is loosing a part of the brain functions due to the lack of oxygen supply reaching the brain because of a blockage. Stroke can cause death or neurological damage. Stroke can happen due to several factors as high blood pressure, old age, heart problems, diabetic, high cholesterol and smoking.

The second type is hemorrhagic stroke which happens due to the tearing of a blood vessel in the brain. The third type is transient ischemic attack which is not severe as the two other types as it does not leave a brain damage as the other types but it shall be considered a sign for one of the two types of strokes. Transient ischemic attack happens due to a temporary blockage.

The person that is suffering from a stroke needs to be helped at once as every minute counts. There are three signs that any person can notice which are evidences that the stroke person is having a stroke. Those signs are one side of the face is droopy when smiling, the second sign is that the patient cannot raise both arms in the same level and the third sign is that the patient will not be able to repeat phrases and their speeches will appear strange.

There are warning symptoms that the patients suffering from stroke can feel by themselves, those symptoms are:

Have we forgotten something?

Please share in the comments below if you feel we have forgotten to mention anything important about strokes.