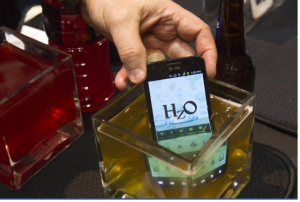 Fork can measures the quantities of food you eat provided with alert, which stops you from eating, the minute you exceed the quantities you are allowed to eat. 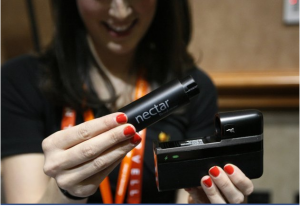 Inventions from Japan: A fork and a Knife in one tool for cutting Pizzas

Charge your mobile through hot or cold energy drinks! This talented invention, is based on charging the the Mobile by hot or cold energy. Application called “Stirling engine” and allows mobile ship through its cable and connector slot “USB” at the base of the charger actually above the cup hot or cold, which runs through this energy steam  and converts it into electricity shipped out to Mobile. 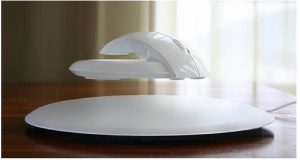 Designer Vadim Kyprian Born 1974 in Russia and graduated from the State Academy of Urals architecture and industrial arts, lived in the city of Prague in Germany since 2005. He invented the mouse jumper and designed specifically for people who suffer from carpal tunnel syndrome, which frequently associated Computer using a mouse for a long time. 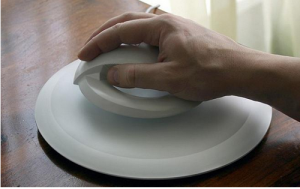 Mouse jumper now works in a simple way and smart wireless, the Pat Mouse Pad provider contain magnets similar to existing pole magnet allowing the mouse mouse that floats freely in the air at an altitude of 40 mM or 10 ms under the weight of your hands. The mouse is still in the testing phase and is not available for purchase yet, but when he put it in the markets, it will be put black and white and is the guarantor that makes innovative on the list of 40 designers will change the world…