Space has always been catchy and intresting to most people, but not all of those people can travel to space as tourists, only  very few people can, but we can all follow the latest news in that field with its pros and cons.


Space Tourism Could Worsen the Problem of Climate Change
Scientists studying climate change say that sending space tourists  affect the enviroment because of the soot particles that are emitted by rockets could remain in the Earth’s atmosphere for years. These particles absorb sunlight that would otherwise hit the surface of our planet, which lead to a change in the earth’s temperature. 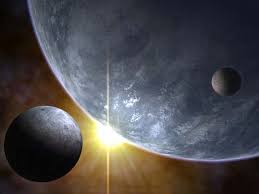 Inflatable Tower Could Reach the Edge of Space

Researchers say that a giant inflatable tower could carry people to the edge of space without the need for a rocket, and could be completed much sooner than a cable-based space elevator.
If  built from a suitable mountain top it could reach an altitude of around 20 KM, where it could be used for atmospheric research, tourism, telecoms or launching spacecraft.
The Era of space tourism is coming

Passengers on flights to the Moon or Mars will be subjected to the same anti-terror security checks as flyers to Muleshoe, Texas or Mud Lick, Kentucky, under the FAA’s proposed federal regulations for commercial space flight.
The commercial sector of the U.S. space program was launched in 1984 with the passage of the Commercial Space Launch Act. The law requires U.S. citizens to obtain a license prior to conducting the launch of a rocket. The only exception is for missions conducted by and for the government (such as NASA or the U.S. Air Force).