Akinori Ito is an engineer and a researcher from Blest ( a company based in Japan), has come up with a machine able to turn plastic into oil, thus making one more step towards the future in which people will use more renewable energy sources. Akinori Ito’s device can be of different sizes and can be used in factories and even at home.
Ito’s latest invention can turn a kilogram of plastic waste into a liter of oil. Though such process uses 1 kilowatt of electricity, the machine does not emit carbon dioxide.
To read more about that issue please visit the following link:
Infoniac Web site 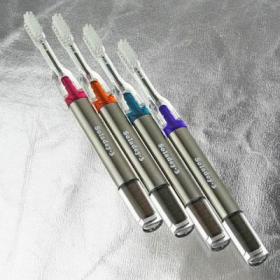 A team of researchers led by Dr. Kunio Komiyama, a dentistry professor emeritus at the University of Saskatchewan  in Saskatoon, Saskatchewan, Canada, has invented a toothbrush that makes a solar-powered chemical reaction in a person’s mouth to clean their teeth.
With their latest invention, researchers can eliminate the need to use toothpaste. Currently Komiyama and his colleague Dr. Gerry Uswak are searching for volunteers to test their new toothbrush, dubbed the Soladey-J3X.
Manufactured by a Japan-based company the Shiken, the latest invention is to be tested by 120 youngsters.
To read more about that issue please visit the following link:
Infoniac Web site 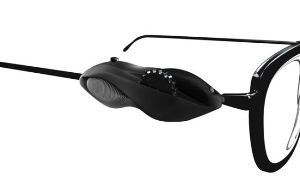 Designer Kaitlyn Fox is the author of a device for people with hearing problems.
The gadget features a microphone and a built-in mini-computer. It is mounted on a pair of glasses and is able to record a person’s speech and afterwards transform it into text that is displayed on the glasses.
Thus people who suffer from hearing loss can read the text and understand what other people are saying.
To read more about that issue please visit the following link:
Infoniac Web site

Students and researchers from the Northwestern University in Illinois decided to carry out an experiment that would demonstrate that it is possible to prevent terrorist attacks by reading the people’s minds.
The students planned the attack and the researchers were able to obtain information on the attack by monitoring their P300 brain waves, which represents brief electrical patterns in the cortex. These waves take place when meaningful data is presented to a person with “guilty knowledge.” In the experiment the data was a mock planned attacked. However, scientists consider that their technology will be able to help prevent a real attack.

During the study, researchers attached to the scalps of the students electrodes and showed them on a computer monitor the names of cities such as Boston, Houston, New York, Chicago and Phoenix. The cities were presented randomly. Researchers found that in nearly every case, the name of the location that the students planned to attack evoked the largest P300 responses. 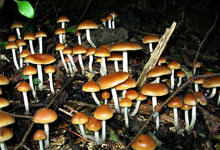 Hallucinogenic drugs are making a comeback–not among the restless youth of today, but among medical researchers. Doctors are increasingly testing  illegal drugs like LSD, psychedelic mushrooms, and the party drug ketamine for beneficial effects and are suggesting that these discredited drugs could have a place in modern medicine. The latest study, published in the Archives of General Psychiatry, found that the active ingredient in hallucinogenic mushrooms helped alleviate depression and anxiety in terminal cancer patients.

“This is a landmark study in many ways,” said Dr. Stephen Ross, clinical director of the Center of Excellence on Addiction at New York University’s Langone Medical Center, who was not involved in the research. “This is the first time a paper like this has come out in a prestigious psychiatric journal in 40 years.” [Los Angeles Times]

The small pilot study included only a dozen volunteers, so the findings are far from conclusive. The volunteers ranged in age from 36 to 58; all had been diagnosed with advanced-stage cancer and had considerable anxiety as a result of their disease. Each patient had one session in which they were given psilocybin, the active ingredient of magic mushrooms, and another session when they were given a placebo that caused a physiological reaction–still, in most cases the patients could figure out if they’d been dosed or not. In all the sessions the patients were kept under supervision for six hours and were encouraged to lie in the dark while listening to music (no word from the researchers on whether Pink Floyd was provided).

In follow-up surveys, the patients all reported reduced anxiety and depression for up to six months after they tripped on psilocybin; no such effect was seen after the placebo session. Lead researcher Charles Grob says the study picks up on research that was begun in the 1950s, when powerful substances like psilocybin were considered a promising field of study in psychiatry.

To read more about that issue please visit the following link:

Researchers at the University of California, Riverside, have found that a chemically synthesized compound, blebbistatin, can help prevent cell death in human pluripotent stem cells. These cells are of interest to stem cell scientists working on finding therapies for spinal cord injuries, Parkinson’s disease, burns, heart disease, diabetes, arthritis, and other ailments. Another advantage of using blebbistatin, say the researchers, is that no human- or animal-derived materials is needed for coating the culture surfaces.

“Our research shows that blebbistatin works as effectively as the most potent cell death inhibitor of hPS cells available today,” said Noboru Sato, an assistant professor of biochemistry, whose lab led the research. “This discovery brings stem cell research a step closer towards finding therapies for several diseases.”
University of California — Riverside

To read the full article, please visit the following link: