The History of Recycling

Recycling may seem like a more modern concept to most people, but the truth is it’s been around for centuries. Advocates for recycling date back as far as 400 BC, with Plato as one of its early campaigners. In fact, archaeologists have discovered that during periods of time when resources were in short supply, there seems to be less “household waste”, (broken tools, pottery and ash), which leads experts to think that materials were being reused or recycled.

In ancient Rome (as well as other parts of Europe,) scrap bronze was constantly being melted down for reuse. In Britain, ash and dust from wood were used as components in brick making. In 1813, a man by the name of Benjamin Law from Batley, Yorkshire, came up with the process to convert rags into shoddy or mungo wool, which contained recycled fibers and virgin materials. The “Shoddy Industry” lasted for at least a century.

The industrial revolution caused a demand for affordable materials; recycled materials such as rags and scrap metal were desirable, as they were cheaper than virgin materials. Railroads were big supporters of the purchase of scrap metals during the 19th century; the invention of the automobile and steel industries became a big proponent of scrap metal in the early 20th century.

Many-a person used to comb the streets for discarded machinery, pots, pans, and any and every other source of scrap metal they could lay their hands on. By the time World War I rolled along, American streets were filled with literally thousands of these second-hand peddlers.

By the end of World War II, resources were in short supply. Both world wars and other world events increased the encouragement of recycling. In 1939, in the midst of World War II, the British government embarked on the program known as “Paper Salvage.” This program was meant to encourage the recycling of materials to help aid the war effort.

Recycling saw another surge in popularity during the 1970s, due to increasing energy costs. Materials such as aluminum (such as soda and beer cans are made of), glass, paper, and metals consist of significant energy savings when recycled supplies are used.

In this day and age, it’s pretty normal to recycle just about any and all materials. Food scraps can be recycled as compost heaps; old clothes can be recycled to make a fresh item. Other household items can be recycled- such as leftovers from dinner used to make a second unique meal, or an old toothbrush you no longer wish to use, but keep to clean the bathroom sink. Even garage doors can be recycled! Recycling sure has come a long way from it’s origins- and from the looks of it, this method of reusing perfectly good, if used, recourses is here to stay. 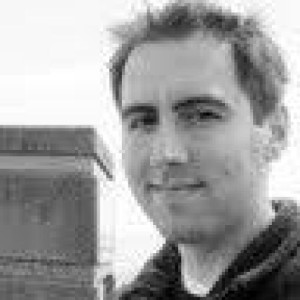 Chris Keenan is a green and general blog writer. Chris also maintains a personalfood blog.
All Posts
Love this post? Link to it from your blog! https://www.scienceandinventions.com/the-history-of-recycling/
PrevPreviousWho Discovered LASER?
NextCleaning Oil Spills In A Shorter TimeNext