Calculations are an easy task for some people, but for the majority of people it is not that easy. The problem of counting has appeared when numbers appeared. 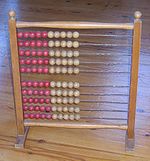 The Abacus is considered a primitive calculator, the first abacus was the Sumerian abacus more than 4500 years ago. Then it was followed by the Egyptian abacus , later in the 6th century B.C. appeared the Persian abacus, after 3 centuries the Greek abacus appeared. About the 2nd century B.C. the Chinese abacus was a breakthrough as it used the decimal and hexadecimal digits, by the 1st century B.C. the Roman abacus was available. The Indian abacus appeared later in the 1st century, then the Japanese abacus, followed the Russian abacus, the Native American abacus is called Abaqi which is still used in preschools and primary schools to teach children the bases of arithmetic. Tim Cranmer, invented in the year 1692 a new abacus that can help blind people in counting. 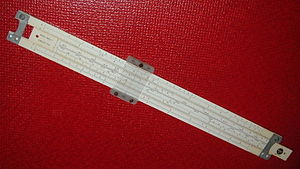 The Slide rule (slidestick) is a sort of mechanical computer, was produced by William Oughtred (1575-1660) the English mathematician in the year 1622. It was used during the 18th, 19th centuries till the electronic calculator appeared in the year 1974.