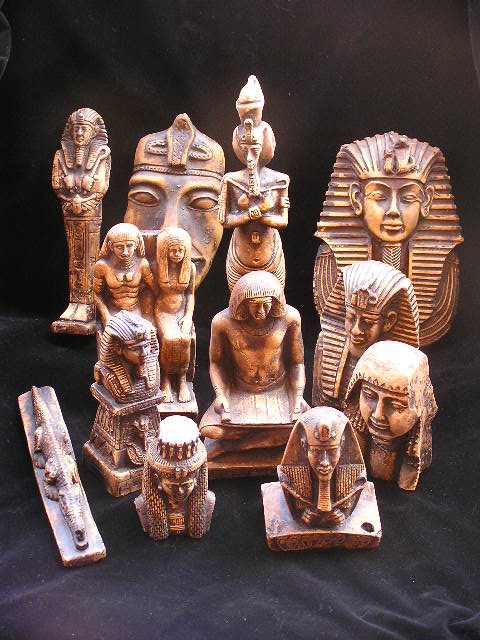 THE GODS OF EGYPT
Egyptian gods and goddesses (deities) were all forms of the Creator but they took on identities of their own. Some had special areas of interest. For example, Thoth was god of wisdom and writing, while Hathor was goddess of love and death.
THE LIVES AND DEATHS OF CATS IN EGYPT
Cats have always had an knack for getting their own way. In ancient Egypt, they managed to climb the social ladder from hunter to pet to deity, and were so loved by their masters that killing a cat was punishable by death.
Statue of the god Horus.
Throughout ancient Egyptian history, particularly from around 700 BC until 400 AD, there is evidence that certain animals – all from cows to cats, dogs, birds, fish and even lowly beetles (scarabs) – were worshipped as being able to communicate with the gods, and even serve as their living embodiments on earth.
Egyptians would rely on these creatures to foretell the future and even settle petty disputes over matters such as inheritance and property. At the end of their life, they would sometimes be mummified with all the care and attention given to a human dignitary.
1. Sobek (crocodile)
Sobek – a huge crocodile god, sometimes shown as a man with a crocodile’s head – was a deity not to be trifled with. He was a huge, fierce beast associated with the idea of the sun going down to sleep at night – like a crocodile plunging deep into water – and being resurrected again in the daytime.
2. Sekhmet (lioness)
The lioness was the fiercest hunter known to the Egyptians, and so the natural embodiment of Sekhmet – a warrior goddess, linked to strength, rage, plagues and healing. Her image is commons in tombs; over seven hundred statues of Sekhmet are thought to have once stood in the funerary temple of Amenhotep III alone.
3. Horus (hawk)
As a god of the sky, sun and war – among other things – Horus was one of the oldest and most dignified deities in ancient Egypt. He therefore wasn’t represented by just any old animal, but a composite “superhawk” – with a falcon’s eyes and an eagle’s plumage among his constituent parts.
4. Thoth (ibis)
Thoth was the Egyptian god of wisdom and writing, who is often depicted as the ibis – a long-legged wading-bird. The ibis’ thin, curved beak looks a little like a pen, so it’s easy to see how the Egyptians associated it with this deity of the written word.
5. Khepri (scarab beetle)
Khepri was linked to rebirth, renewal, and resurrection, and represented by the lowly scarab beetle. This was because of the bug’s habit of laying eggs in the corpses of other animals and in dung – the ancient Egyptians believed this indicated that scarab beetles were actually made of reborn dead matter.

6. Serqet (scorpion)
Serqet was the deification of the scorpion, and the goddess of healing bites and stings – hence her embodiment as a scorpion. Many of the most deadly species of scorpions in the world can be found in North Africa, so Serqet was kept busy by the Egyptians.

7. Bast or Bastet (cat)
Cats were especially sacred animals in Egyptian culture, for their ability to kill rats and vermin and even snakes. Bast, a solar and war goddess, was one of a number of deities that took feline form. Bast’s cult was centered at Bubastis; when her temple there was excavated, more than 300,000 mummified cats were discovered inside.
8. Taweret (hippopotamus)
Male hippos were thought to be evil creatures in cahoots with the god of chaos Set. Female hippos, on the other hand, were seen to be benevolent beasts that represented Taweret, the Egyptian goddess of fertility, childbirth and protection. 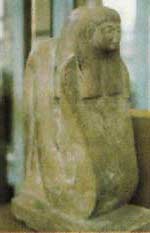 9. Meretseger (cobra)
Meretseger – which means “she who loves silence” – was a vengeful goddess said to spit venom into the eyes of criminals. She became closely associated with the Valley of the Kings, and was believed sit on the pyramid-shaped mountain overlooking the ancient Egyptian grave yard, guarding against tomb robbers and vandals. 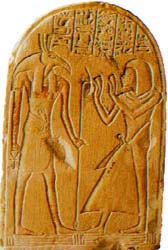 10. Set (unknown)
God of storms, darkness and the desert Set is interesting, simply because no one can be certain what type of animal he’s is – a composite of an aardvark, donkey and jackal is as close as you’ll get. He is the god of chaotic forces, That’s why he doesn’t look like any one single animal that one can identify.