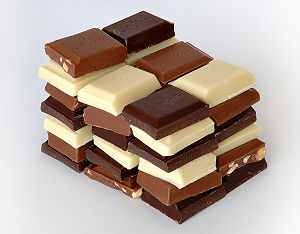 The chocolate that we know have passed several stages to be as tasty and sweet as we enjoy today.

The first stage was the discovery of the cacao beans by the Olmec then the Mayans and followed by the Aztecs. They all grew cocoa beans and drank chocolate drinks, but not the chocolate drinks we have today, as they drank it in the sort of chocolate beverage mixed with fermented corn or wine. That was more than 3000 years ago in South America. Only reach people were able to afford it, and they drank it in celebrations. As it was expensive, it was even used as a currency for some civilizations.

The second stage was the spread of the chocolate as a drink in the year 1520, the cocoa beans were transferred to Spain by Hernan Cortés, who unlike Christopher Columbus, knew the importance of the beans and started growing it in the colonies of Spain in South America. The royal ladies in Spain used to add spices to the chocolate drink. The chocolate beverage didn’t spread to the rest of Europe till about a century later.

In the middle of the 17th century started the third stage by opening of the first shop that served the chocolate beverage to the people, but it was still expensive that not so many could afford it. The first shop was in London and the owner was a Frenchman. In the 18th century, the chocolate grinder was invented by the French Dubuisson, which allowed the chocolate to spread among people. The first factory in that field started working in America. The owner were Dr. James Baker and John Hannon.

The fourth stage could be considered  a new discovery of cocoa and chocolate. In the 18th century Coenraad Van Houten reached a way to draw the fats from cocoa beans in order to produce the cocoa powder. Then came the chocolate bar in the middle of this century, later in the year 1875 the Swiss Daniel Peter added milk powder to produce the milk chocolate.