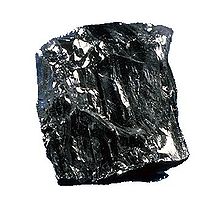 Coal is a kind of sedimentary rocks that can be easily combusted. The coal is typically found in layers that was formed hundreds of millions years ago, from buried forests in the presence of high temperature and pressure the . Coal is composed from hydrogen, oxygen, sulfur and nitrogen combined with the main component carbon.

The first to mention coal was Theophrastus (371 B.C.-287 B.C.) the Greek scientist, it was used to makes roads, and by the blacksmiths.

More than four thousands years ago the British people used the coal in the funeral pyres.

The Romans were using the coal of England by the beginning of the second century, it was used by the blacksmiths and it was exported to various places.

In the 4th century the Chinese were using the coal as a sort of fuel.

The High Middle Ages between the 10th and 14th centuries, the importance of coal has arose in Britain, it was used by the blacksmiths and lime burners for building the Westminster Abbey.

By the 13th century, large amounts of coal were needed by the beginning of the Industrial revolution and the use of steam engine.

In the beginnings of the 18th century the underground mining for coal started only as a result for consuming the outcrop coal. 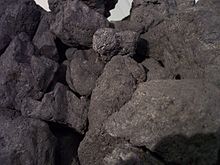 The coke is a type of coal that are formed from solid carbonaceous and it manufactured from Bituminous coal.

The Chinese were the first to use coke in the 9th century for heating and cooking.

In the 11th century the Chinese blacksmiths started using coke as a fuel instead of trees.