Graphite was first discovered in the 16th century in England, the English people used it to mark the sheep. Then it was used to mark the cannonballs, after the mines were put under guarding. The news of the graphite spread over the world, and mines of graphite were discovered in several parts of the world.

The graphite was put in the sort of strings or wrapped in sheepskin to be able to use the sticks. In Italy in the year 1560, Simonio and Lyndiana Bernacotti reached for the first wooden case for the pencil. They hollowed a small piece of wood and filled it with graphite.

The graphite was formed to sticks and used, in its ore natural form. In the year 1662, the Germans used powdered graphite and mixed it with sulphur and antimony to present graphite sticks.

In the year 1790, the Austrian architect and inventor Joseph Hardtmuth (1758-1816) used a kiln to harden the graphite.

In the year 1795, the French army officer and painter Nicolas-Jacques Conté (1755-1805) added clay to graphite and put it in the kiln to control the hardness of it.

In the year 1870, the American company Joseph Dixon Crucible Company owned by Joseph Dixon (1799-1869), Joseph Dixon was an inventor who reached a way for mass producing of the pencils. 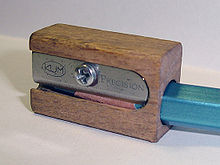 Mechanical pencils use lead core that are pushed through the hole by a mechanical way, they were first made in the year 1822 in Britain by the engineer and inventor John Isaac Hawkins (1772–1855).

Read more about me here.
All Posts
Love this post? Link to it from your blog! https://www.scienceandinventions.com/who-discovered-pencils/
PrevPreviousNew Efficient Structure Hydrogen Fuel Cells
NextVibrating Steering Wheel Instead Of The Audio Or Video In The GPSNext