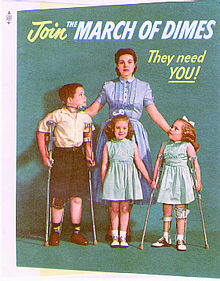 Polio also called Poliomyelitis is a viral infectious disease, that spread through contaminated food or drinks with the virus. Polio destroies the nerves which lead to weaken the muscles and causes the paralysis.

Who discovered the Polio disease?
Polio was first noticed by the Egyptians as there was evidences in their paintings about polio patients. Polio then was the cause of paralysis and death of so many people. Also the Roman Emperor Claudius was hit by the polio which caused him to limp.

The symptoms of poliomyelitis have been described by many names. In the early nineteenth century the disease was known variously as: Dental Paralysis, Infantile Spinal Paralysis, Essential Paralysis of Children, Regressive Paralysis, Myelitis of the Anterior Horns, Tephromyelitis (from the Greek tephros, meaning “ash-gray”) and Paralysis of the Morning. In 1789 the first clinical description of poliomyelitis was provided by the British physician Michael Underwood—he refers to polio as “a debility of the lower extremities”. The first medical report on poliomyelitis was by Jakob Heine, in 1840; he called the disease Lähmungszastände der unteren Extremitäten. Karl Oskar Medin was the first to empirically study a poliomyelitis epidemic in 1890. This work, and the prior classification by Heine, led to the disease being known as Heine-Medin disease.

Who discovered the Polio vaccine?
In the year 1936, Maurice Brodie an American researcher, extracted polio from the spinal cord of a monkey, his attempt to find a vaccine failed as most of the children suffered from allergy when the vaccine was tested on them.

In the year 1948, John Enders (1897-1985) an American medical assistant. He and his group were able to cultivate the polio virus on a human tissue in a test tube.

In the year 1955, the breakthrough happened when Jonas Salk (1914-1995) the American virologist and medical researcher, reached for the first polio vaccine that can be injected to the children. The vaccine was made from inactive polio virus.

In the year 1963, Albert Sabin (1906-1993) the American medical researcher, was able to introduce the oral polio vaccine.

Both the polio vaccine injection and the oral polio vaccine have proved their great great contribution till today, as polio now disapeared in many countries.