Radar is a device used to detect objects using radio waves. The radar is used to monitor vehicles, planes, controlled missiles or the weather. The antena of the radar is a dish, which can transmit radio waves that would reflect back when hitting the object. The radar determine the altitude, the direction, the speed and the range of the object. 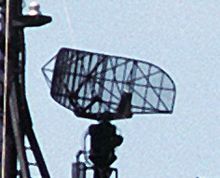 In the year 1886, the German physicist Heinrich Hertz (1857-1894) proved that the radio waves can be reflected from solid objects.

In the year 1895, the Russion physicist Alexander Popov (1859-1906) produced the first practical application of electromagnetic radio waves. Then he added a spark gap transimeter to his device, a year later. Another year later he noticed that his device can detect objects.

In the year 1904, The German Christian Huelsmeyer (1881-1957) used the reflection of the radio waves to detect the place of a mitallic object.

In the year 1917, the Serbian-American inventor and engineer Nikola Tesla (1856-1943) wrote the concept for the radar.

In the year 1934, the French engineer Emile Girardeau (1882-1970) put the original system of frequencies used in radar.

In the year 1935, the German physicist Rudolf Kühnhold (1903-1992) invented a pulse system. And by the middle of the year the Scottish physicist and inventor Sir Robert Alexander Watson-Watt (1892-1973) invented another system.