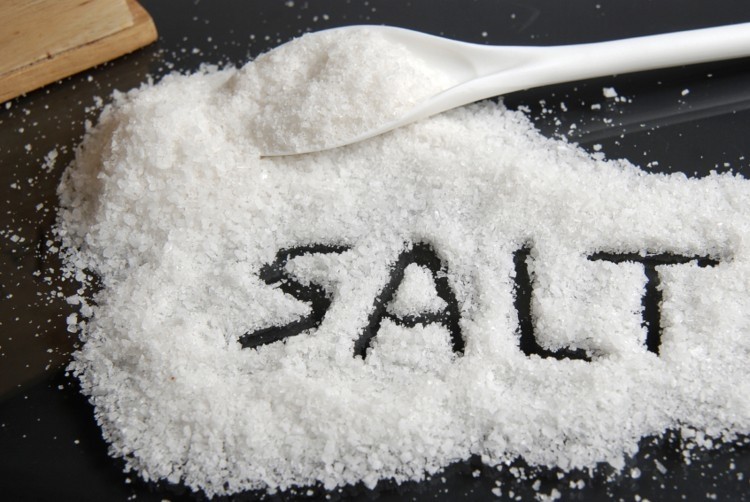 Salt is white, pink or grey in colour and is in the form of a crystalline mineral. A small amount of it is necessary for the human diet, but it is harmful in large amounts. Salt is a compound made up of two elements, sodium and chloride and each of these play an important role for human health.

The history of the relationship between salt and man started with animals that created paths whilst looking for salt, people followed these paths and they eventually became roads. Settlements grew along these roads, but as the Human diet shifted from salty game to grain, more salt was needed to supplement the diet and so more innovative methods for obtaining salt originated.

Salt has been used generally as a food preservative and more often as a meat preservative for thousands of years. There is evidence of salted birds and fish in the tombs of Ancient Egyptians at least four thousand years ago, but it is presumed it goes back much further than this. Human salt cultivation is truly ancient!

In the Neolithic Age, the Dawenkou culture in northern China had extracted salt from underground brine deposits and used it as a food supplement. Salt was also extracted in the modern Chinese province of Shanxi, which with more than 1.5 million inhabitants has one of the largest salt reserves in the world. The salt was extracted from the lake bed, a process sometimes called drag-gathering.

The earliest evidence of salt production comes from northern China, where people extracted salt from a salt lake called Lake Yuncheng, around 6000 BC, or perhaps even earlier! Around 4500 BC, rock salt was mined underground and salt was an important part of the many battles that were fought between the people of the Dawenkou culture and their enemies, such as the Qin Dynasty. Scientists have also discovered that the Ancient people of Cucuteni in Eastern Europe had been boiling the salted water from a spring in order to get salt in the year 6050 B.C.

Salt as a commodity

The Egyptians began to trade salt in the form of salted fish with other Middle Eastern societies such as the Phoenicians around 2800 BC. Written records also describe the production and trade of sea salt from China, but it is unknown exactly when salt became a commodity. The earliest records of exchange of salt for grain dates back to the Middle Ages, when desert and savanna people tried to gain access to what they could not produce themselves. The Egyptians were bartering salted fish with some products from the Phoenicians in the year 2800 B.C.

In the year 800 B.C. the Ancient Greek and Ancient Romans were trading salt for wine. Salt was also used as a currency by the Romans. The Roman soldiers monthly allowance was called “salarium” (“sal” being the Latin word for salt). This Latin root can be recognized in the French word “salaire” — and it eventually made it into the English language as the word “salary.”

In 252 BC, Li Bing, ordered the drilling of the first brine wells, and innovators like Yi Dun, boiled brine to distill salt and it is still the most valuable salt in the world today. Modern production methods that boil brine can evaporate up to 1,000 times more salt than could originally be evaporated in a single day. In the Middle Ages it was mined in shafts stretching for kilometres, often at depths of up to 500 metres.

When Marco Polo returned from Cathay for the first time in 1295, he delighted the Doge with a salt coin bearing the seal of the great Khan. Venice’s glittering wealth was so great that the Venetians traded everyday salt for spices from Asia to Constantinople, and people sold salt as far away as Japan and South Korea, and the Middle East. Moorish traders in the Middle East traded salt for gold, as well as salt and spices from Asia to Europe and even from Africa to America.

The inhospitable Sahara desert is the largest source of rock salt, which is obtained from surface deposits caused by the drying out process, or from rocks in relatively shallow mines where salt naturally forms into plates. The salt is creamy grey and similar to the salt found in ancient seabed and salt cakes found in the United States.

The refining of salt (table salt) is purifying, improving of sea salt, and recrystallizing the salt. The manufacture of table salt also involves adding iodine, iron and fluoride which are available in the unrefined salt but not in the sufficient amounts for human health.

Salt manufacturing is here to stay and although it plays a less important part in our modern lives, it is safe to say that salt has played an important role in shaping and defining Human culture and societies from some of the earliest times recorded.

Salt (Sodium Chloride) is a mineral that is suffused throughout the geology of planet Earth. Being highly soluble in water, salt is leached out of the rocks and ends up in salty sea water. Between mined salt & sea salt, it’s unlikely that this mineral resource will run out, so you can be assured that your favourite recipes will still taste as great as they always have done!