The Telescope is the instrument that allowed the scientists to monitor the planets and discovering information about the solar system. 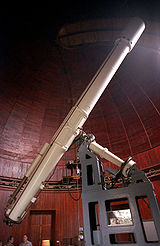 In the year 1609, Galileo Galilei (1564-1642) the famous Italian physicist, mathematician and astronomer improved the telescope. 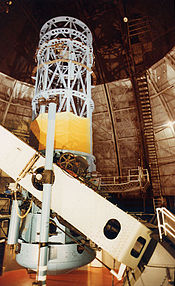 In the year 1668, Isaac Newton (1642-1727) the most famous English physicist, mathematician and astronomer built the first practical reflecting telescope using mirrors instead of the lenses.

In the year 1931, Karl Guthe Jansky (1905-1950) the American radio engineer researchers on the astronomical radio source led to the invention of radio telescope.

Infrared telescopes which uses the infrared light was invented due to the invention of germanium bolometer by Frank James Low (1933-2009) the American physicist in the year 1961.