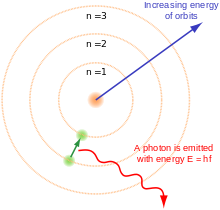 The atom is the primary component of any matter. The atom consists of electrons revolving around the nucleus which consists of the protons and neutrons.

Who discovered the atom?
Atoms cannot be seen by the abstract eyes, but only by special microscopes. The first to notice that were the Greeks philosophers in the 5th century. The Greek were the first to give the atom its name.
Nobody could prove tho theories of the Greeks till the 17th century, when chemists as Robert Boyle (1627-1691) the English chemist, physicist in the year1661 proved that some substances cannot be broken into smaller pieces.
In the year 1805, John Datton (1766-1804) the English chemist, was able to put a theory by making a lot of experiments,  that every element consist of atoms. He also was able to prove that some atoms can combine together to form compounds.

Who discovered the electron?
The electron carries the negative charge of the atom, and he is the smaller component.
In the year 1897, Joseph John Thomson (1856-1940) the British physicist, was able to discover the electron.

Who discovered the proton?
The proton carries the positive charge of the atom.
In the year 1918, Ernest Rutherford (1871-1937) the British chemist and physicist. He made experiments where he found that hydrogen is a base of several other elements, he reached for the proton.