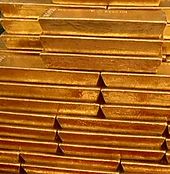 Gold is one of the most precious metals, that is used mostly in the jewelry. Gold is found as grains and dust in various kinds of rocks.

Don’t we all like to know about who discovered such significant and influential metal? But nobody knows the answer for this question, but we can only answer the question of who discovered the different uses of gold. 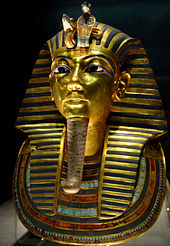 The first use of gold as a jewelry go back to more than 5000 years ago, as the Ancient Egyptians discovered gold and used it as jewelries for the kings and queens and it was used in decorations of the mummies, the most famous Pharaonic treasures is Tutankhamun. There is also treasures of gold jewelries in the Sumerians and Phoenicians. Later it spread in the other parts of the world.

The Romans were the first to merge gems with gold in their jeweleries. They also discovered new ways to extract gold from the rocks.

Also gold was used as a currency by the Ancient Egyptians. Later in the year 500 BC, they used it as pieces. The Greeks were the first to discover the real value of gold as a currency. But the first coin made from gold was in Turkey in about 600 BC.

Gold is also used by ancient civilizations for medical reasons as the gold dust has the power to heal rheumatoid arthritis, inflammations and some other diseases. Gold alloys are used in the teeth crowns and permanent bridges, the teeth bridges were invented by the Italians in the year 600 BC. Recently the gold nanoparticles known as colloidal gold is used in detecting and fighting cancers and electronic industry.