At the ancient times there were many wrong facts about earth, through the years came scientists that introduced other facts and proved that the old fact was wrong.

The wrong old facts about earth were that the sun rotates around the earth, that the earth is flat and that earth does not rotate around itself. 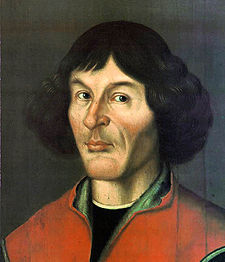 The first fact was about the earth being the center of the universe, that was proven wrong by Nicolaus Copernicus (1473-1543) who was an Italian astronomer among about ten other responsibilities as mathematician, physician, translator, economist and military leader. He was the first to discover that the earth is only a plant that revolve around the sun; While the teachings in the churches considered that the earth is the center of the universe and all the other plants and sun revolve around it. This announcement needed a great courage as the churches at that time considered that the person who do not believe in their opinion is a heretic.

In the year 1633, Galileo Galilei (1564-1642) who was an an Italian physicist, mathematician, astronomer, and philosopher and was called the father of modern science. He has confirmed Copernicus idea about the earth revolving around the sun, for that reason he was sent to formal imprisonment after he was tried in Inquisition, and was found “vehemently suspect of heresy”. 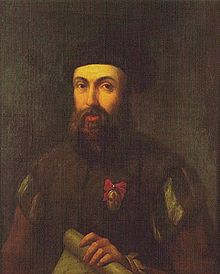 But those were just theories that nobody would have proven, then came Christopher Columbus (1451-1506), an Italian explorer and navigator. While he was trying to prove that the earth is round he crossed the Atlantic Ocean and discovered the American continents.

Then came Ferdinand Magellan (1480-1521) a Portuguese explorer he was exploring for a route to Spices Island during three years starting from 1519, he crossed the Pacific Ocean and although he died in the trip, but this was the first trip around the earth which proved that the earth is not flat.

The third fact was the say that the earth didn’t rotate around itself. Of course it was proven wrong, but nobody can tell who proved that fact for certain. Some say it was Eratosthenes (276-195BC), he was a Greek mathematician, poet, geographer and astronomer. They say that he was the first to calculate an around figure for the earth circumference and a close figure for the tilt of the earth’s axis. And some say it was discovered in the 14 century BC by the Greek astronomers Heraclides Ponticus and Hicetas. While others say that it was discovered by German astronomer Johannes Müller (1436-1476). Or Copernicus, the Polish astronomer, in the year 1543. While others say that Galileo was the first to discover it.

1 thought on “Who Discovered The Truth About The Earth?”