Writing started first in order to cover the needs of human to register the victories of the rulers, record the colonies, keep the history and to transfer orders and information.

The writing started first in the sort of pictures and signs on the caves thousands of years ago. Ancient people used to carve on stones, wax, clay and vellum to write.

The Chinese writing is the oldest writings discovered as the researchers have found what looks like writing on a tortoise-shell that dates back to 6000 years ago.

The scientists have found during excavations writings that belonged to the ancient Mesoamerican people about 4000 years ago. 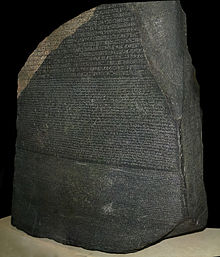 The Egyptians writings (hieroglyphic) were in the sort of different signs or shapes that stand for words. The first hieroglyphic found was in the year 3200 B.C..

The Indus Valley (Indian) civilization wrote symbols and strings starting from 2600 B.C. till 1900 B. C.

The Egyptians were the first to use Papyrus to write 4000 years ago. Papyrus was made from the plants and used as papers to write on with the Stylus which was made from birds feathers.

The Chinese were the first to invent the modern papers in the 2nd century B.C. then it was spread to the Islamic countries then Europe.

The Chinese in the 18th century B.C. were able to reach for the first ink, they used plant dyes, graphite and some minerals.

Tien-Lcheu the Chinese philosopher was the first to invent Indian ink in the year 2697 B.C. using soot, lamp oil and gelatin.

In the 13th century B.C. iron and gum were added to the formula of ink to give more stability.