In the year 1875, The English electric engineer Willoughby Smith (1828-1891) reached to the photoconductivity of the element selenium. Which led to the first photoelectric cells, as Smith discovered while using selenium in an experiment that the conductivity of the selenium decreases when illumunation is available.

In the year 1876, Alexander Graham Bell (1847-1922) succeeded in transmitting words through a liquid transmitter. And in the year 1877, Bell reached for the first telephone using magnet, and iron diaphragms along with a bell.

In the year 1879, the famous American inventorThomas Edison (1847-1931) reached for a telephone with granules transmitter. 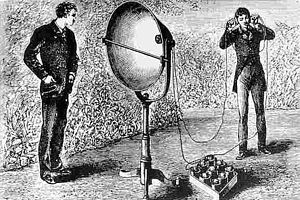 In the year 1880, The great Scotish scientist, inventor and engineer Alexander Graham Bell and his assistant the American engineer and inventor Charles Sumner Tainter (1854-1940), together they invented the first photophone. The photophone can be concedered the first telecommunication system, or the first wireless device. The photophone was able to carry the sound using a beam of light that its density vary by the variance of the speakers on both sides. 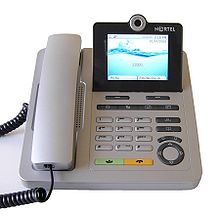 The videophone was first sketched in the papers of Thomas Adison. By the year 1930, AT&T’s presented the a two-way television telephone. The system was produced by a team that consist of about 200 scientists and engineers, on top of the team was Dr Herbert Ives (1882-1953). After six years the first public videophone was available, it was invented by the German Georg Oskar Schubert (1900-1955).