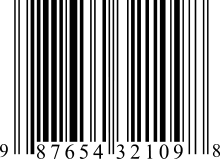 The Americans Norman Joseph Woodland, born in the year 1921and Bernard Silver (1924-1963) reached together the inventing of the first barcode. Their first barcode system depended on the ultraviolet ink, that system had two disadvantages as it faded quickly and it was expensive.

Later, they reached the second barcoding system was formed from lines with different widths, which he put in the form of a circle to be read from any direction. It was read by a RCA935 photomultiplier tube. And they applied for the patent of the barcode in the year 1949.

In the year 1959, David Collins was working for Sylvania and he reached to KarTrak system to automatically identify the cars. The code was in two colours yellow and blue, the code was formed from 10 lines. He used two photomultipliers one for each colour, the photomultipliers were able to read the light reflected from the barcode lines.

The first barcodes were first made for railroad cars but later it was used in every product. In the year 1973, the Codes of IBM were selected to be the standard by the National Association of Food Chains (NAFC), after NAFC has tried the system for a year and half.

The first scanner was introduced by NCR corporation and was first used in the year 1974, in a supermarket in Ohio. This scanner is still used till now as it is the cheapest. The scanner consist of a fixed light and a single photosensor, the scanner is directed manually on the barcode and it is connected to a computer.

1 thought on “Who Invented The Barcoding?”